As you might have heard, we’ve been working on a few new things around here, including new ways of visualizing data. One of the new libraries we’ve pulled in to help out is D3.

If you’re not already familiar with D3, it’s library designed to help transform DOM elements in response to data sets. Although D3 is frequently used with SVG elements (as we are using it at Harvest) it’s not specifically required to use SVG.

Sometimes when working with D3 especially in the context of animating graph elements, we’ve discovered that the DOM elements don’t quite do what’s expected. I had an epiphany moment the other day when trying to understand how D3 selects DOM elements and compares them with the data set — hopefully this post can help you out if you’re stuck in the same rut that I was!

There are two critically important things I missed when I thought I knew how D3 selections work:

Each time your graph is drawn, you can think of D3 as grouping the required actions into three segments on a Venn diagram: 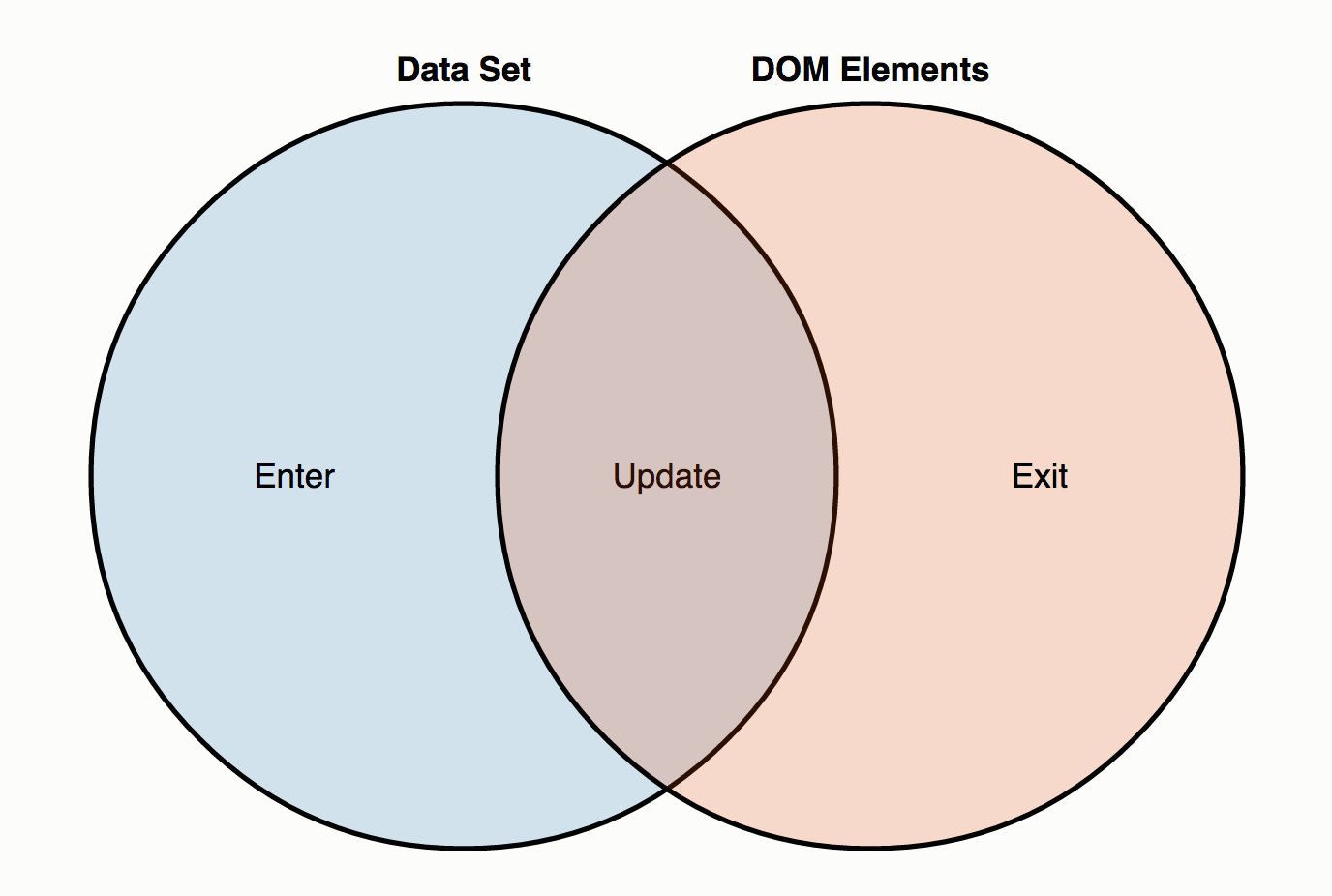 Any operation called within the context of the selection.enter() or selection.exit() functions will be executed only during those phases:

Controlling How Objects Are Compared

In order to successfully animate chart elements when data changes, it’s important to keep the relationship between the proper DOM nodes and items in your data set. By default, D3 uses the index of the data in the data array to compare the data set with DOM elements. This isn’t always ideal — but thankfully, you can pass a second (optional) parameter when assigning data to a selection (when calling the .data() function):

The first time the chart is rendered, you shouldn’t feel strange about creating a selection which has no elements:

Just think about it in terms of our diagram, and remember that if the DOM element doesn’t exist yet, you’ll get a chance to create it during selection.enter().

If you’re looking for further reading on selections, you should consider reading How Selections Work, Object Constancy, and Thinking with Joins (where the Venn Diagram for this article (adapted) was taken from).